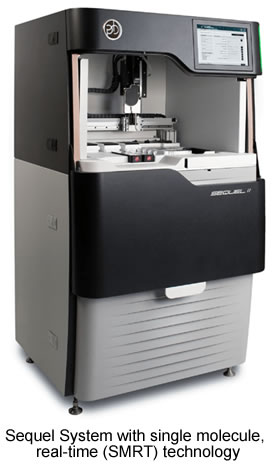 “The Sequel System is very multifaceted in operation,” says Kevin Lin, mechanical engineer at Pacific Biosciences. “It encompasses robotics, chemical and biological processing, and photonics. Because it’s intended to be used in diverse settings within research and laboratory environments, excessive ambient vibrations could negatively influence the data sets. So, we needed to implement a vibration isolation component that not only isolated the sensitive components from vibrations, but also was sufficiently small, compact, and integrative.”

Internal and external factors can create vibration – issues from buildings housing the system including heating and ventilation systems, fans, pumps, elevators, adjacent road traffic, nearby construction, loud noise from aircraft, and weather conditions. These influences cause vibrations as low as 2Hz that can create strong disturbances in sensitive equipment.

“With our earlier sequencer model, we used air tables for vibration isolation, which, for the most part, performed adequately,” Lin says. “But use of the Sequel System in more diverse locations, where low-frequency vibrations may be present to a greater or lesser degree, necessitated a vibration isolator that was compact enough to fit into our much smaller Sequel System and could effectively cancel out these low-frequency vibrations.” 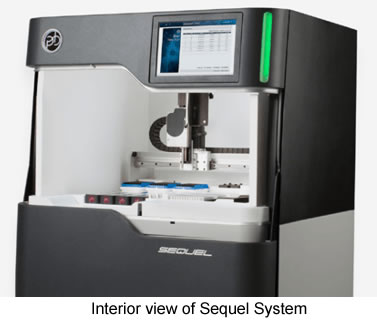 A key factor in negative-stiffness vibration isolation’s selection was eliminating the isolator’s hysteresis. The isolator mounts to the main frame of the Sequel instrument and physically interacts with the internal robot, causing some initial movement of the isolator after each interaction. The speed and repeatability at which the vibration isolator can return and cancel out this movement is critical to system operation. In this regard, the negative-stiffness isolator outperforms pneumatic isolators.

“We were attracted to negative-stiffness because of the isolator’s high vibration cancellation performance, favorable hysteresis, and simplicity of operation,” Lin says. “Air supply and control and electrical connections aren’t needed. It’s also low weight and compact, making it easy to fit into the smaller footprint of our Sequel System.”