The need for more precise vibration isolation with AFM, though, is becoming critical as resolutions continue to bridge from micro to nano. AFM systems are extremely susceptible to vibrations from the environment. When measuring a very few angstroms or nanometers of displacement, an absolutely stable surface must be established for the instrument. Any vibration coupled into the mechanical structure of the instrument will cause vertical and horizontal noise and bring about a reduction in the ability to measure with the highest resolution.

Expanding AFM capability and scanning range
Since the release of the first commercial atomic force microscope about 25 years ago, technology advances have improved AFM performance. One of these advances has expanded the AFM ability to image biological samples in an aqueous buffer and provide a range of physical data for the sample.  Another has increased the imaging speed of AFMs.

Within the past several years, research into AFM design, conducted In the Paul Hansma Research Group, Department of Physics, at the University of California, Santa Barbara, has demonstrated success with AFM imaging of large-scale samples at nanoscale resolutions while extending the range of the Z-axis.

To image at the extreme depths necessary in large-scale cracks and deep microcracks the AFM must have a Z-range of at least 200 microns and a cantilever tip long enough to probe the crack. As the vertical movement of the tip is increased, however, it brings into play a greater possibility for vibration. This issue was solved with the incorporation of negative-stiffness vibration isolation.

The isolator provides 0.5 Hz* isolation performance vertical, and 0.5 Hz horizontal, using a totally passive mechanical system —no air or electricity required, (*Note that for an isolation system with a 0.5 Hz natural frequency, isolation begins at about 0.7 Hz and improves with increase in the vibration frequency. The natural frequency is more commonly used to describe the system performance.) 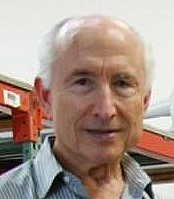 Dr. David L. Platus is the inventor of negative-stiffness isolators, and President and Founder of Minus K Technology, Inc. (www.minusk.com). He earned a B.S. and Ph.D. in Engineering from UCLA, and a diploma from the Oak Ridge School of (Nuclear) Reactor Technology. Prior to founding Minus K Technology he worked in the nuclear, aerospace and defense industries conducting and directing analysis and design projects in structural-mechanical systems. He became an independent consultant in 1988. Dr. Platus holds over 20 patents related to shock and vibration isolation.